If you’re looking to invest in property, you’ll want to make sure that you maximise your return on investment. How can you predict if the property is going to go up or down in value over the next few years?

You might track house prices in the area over the past decade, or keep an eye on how fast properties are changing hands at the moment. You may get a property valuation or study house market forecasts. But you could consider some of these more off-piste barometers.

A study by Lloyds Banking Group has found that living near a major supermarket can have an impact on the value of the property. Out of all of the supermarkets, it was found that Waitrose had the largest positive effect.The average price of a property near this high-end brand increased by approximately £43,000!

Perhaps more bizarrely, this premium was even more if the shop was smaller.A Little Waitrose commanded an increase of around £58,000. The reasons behind this aren’t entirely clear – the Waitrose effect is a chicken or the egg kind of situation. Do property prices rise because a Waitrose store has opened in the area, or do Waitrose stores open in areas where prices are already rising? In either case, the presence of one of their shops strongly correlates with increasing value, so keep an eye out for new store announcements. 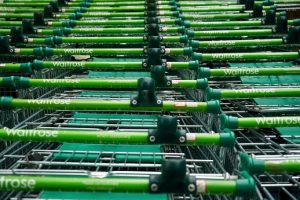 Whilst the opening of an Aldi (or any other discount supermarket for that matter) used to portend decreasing house prices, this is no longer the case. In the same study from Lloyds Banking Group, properties near a discount supermarket saw an average increase of 15% between 2014–2018 – the fastest among all UK supermarkets from the preceding period.

The main driver for this change is a shift in attitudes towards discount supermarkets. Once regarded with some snobbery by the public, stores such as Aldi, Lidl, and Asda are now attracting more middle class shoppers – a third of all those who walk through their doors belong to the middle or upper classes. 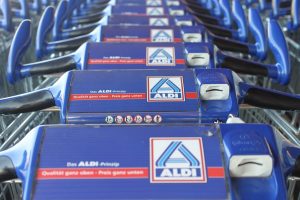 A gut feeling led University of Durham graduate and data enthusiast, Sam Floy, to develop a new predictive model of house prices based on the density of fried chicken and coffee shops found across different areas of London. His hunch was that affluent areas tend to have more coffee shops, whilst poorer areas have more fried chicken shops.

Using google maps, he plotted the locations of chicken and coffee shops across the capital, before creating ‘heat maps’ showing their density. Hollaway came up as one of the most chicken-hungry areas, standing in contrast to Westminster, which rated among the most caffeinated in the capital. Floy combined this chicken/coffee shop density with property value to give investors a useful tool to assess potential areas where to buy. The most promising areas were those with low prices but high numbers of coffee shops, Peckham came out on top! 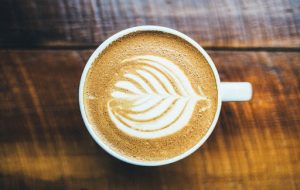 Big data is big news these days. It’s constantly used in everything from education to medicine to gain deeper insights and make better decisions. One particularly novel use, relevant for the housing market, considers the cultural capital of London’s boroughs. The GoodCityLife project analysed millions of photos uploaded to Flickr at ‘cultural’ locations – galleries, cinemas, music venues, theatres – to determine the most culturally active areas of the city.

The underlying idea is that more culturally active areas attract the ‘creative class’, which in turn spurs economic growth. In short, properties in more ‘hipster’ areas are likely to feel the effects of gentrification – meaning a bump in their value. Take a look at their interactive map and see how happening the cultural scene is in your potential borough.

If you’re looking to buy a property for investment, you’ll want to be sure you make a decent return. With these more obscure indicators of property values, you’ll have another tool at your disposal to make the best buying decision. 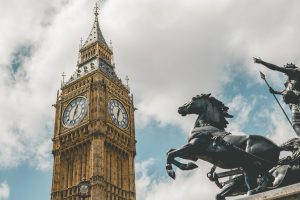 Not comfortable basing your property decision on chicken and coffee shops? Why not speak to one of our expert advisors, who will be able to advise on what properties we currently have on sale in South West London.

This website uses cookies to improve your experience while you navigate through the website. Out of these, the cookies that are categorized as necessary are stored on your browser as they are essential for the working of basic functionalities of the website. We also use third-party cookies that help us analyze and understand how you use this website. These cookies will be stored in your browser only with your consent. You also have the option to opt-out of these cookies. But opting out of some of these cookies may affect your browsing experience.
Necessary Always Enabled
Necessary cookies are absolutely essential for the website to function properly. This category only includes cookies that ensures basic functionalities and security features of the website. These cookies do not store any personal information.
Non-necessary
Any cookies that may not be particularly necessary for the website to function and is used specifically to collect user personal data via analytics, ads, other embedded contents are termed as non-necessary cookies. It is mandatory to procure user consent prior to running these cookies on your website.
SAVE & ACCEPT
Our commitment to keeping you safe

Please read our Covid-19 Health & Safety Policy to find out how James Anderson Estate Agents are continuing to provide our services during the pandemic.