Richmond Property: what to expect and what not to expect

Richmond – or East Sheen as it is also known – is a lovely suburban area in South West London. Nestled between the River Thames and Richmond Park, Richmond has a village feel despite technically being in the capital city and the majority of its residents are families and retired people. Away from the high streets, Richmond property is comprised mainly of residential properties from pretty Georgian cottages to statuesque and Edwardian villas, post-war apartment blocks and contemporary luxury developments.

We asked our expert Sales Manager, Stuart Bunce MNAEA to give us a quick rundown on the type of homes that East Sheen is renowned for... 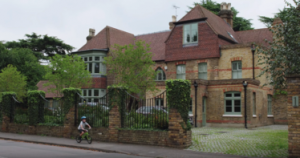 East Sheen is mainly made up of period properties. There are cottages which have two bedrooms and some have been extended to become three and four bedrooms. The two bedroom cottages range anywhere from £650,000-£900,000, while the three and four tend to go for between £800,000-£950,000.

On the larger end of the Richmond property spectrum, there are three bedroom period houses, some of which have been extended to become four bedroom houses. Houses of this style in the central streets of East Sheen go for anywhere from £950,000 up to around £1,300,000. Some of these houses have been split and converted into large two or three bedroom flats some with private gardens. These range from around £550,000- £850,000 depending on the size and whether or not they have a garden.

Richmond Park has protected status as an important National Nature Reserve, London’s largest Site of Special Scientific Interest and a European Special Area of Conservation. It is also one of London’s eight Royal Parks and covers an area of 2500 acres! Living in such close proximity to this outdoor space is considered a significant benefit in the capital, which is reflected in property prices in this area.

The Parkside area of East Sheen is mostly larger houses. Prices start from around £1,000,000 for a three bedroom house and go all the way up to over £2,000,000 for the bigger houses on the more prestigious roads which are closest to the park gates. 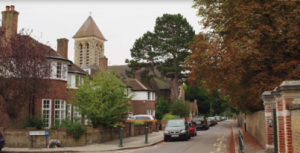 In such a pleasant setting and close proximity to central London, Richmond is highly sought after. If you think that Richmond is ‘property goals’ and you’re interested in learning more about this popular part of London, take a look at our Richmond area guide and video or visit and see for yourself. Alternatively, to find out more about the Richmond property market, read our post on how to investigate market conditions: When to buy and when to sell. 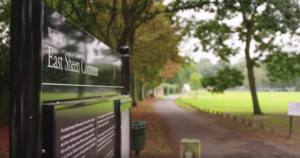 This website uses cookies to improve your experience while you navigate through the website. Out of these, the cookies that are categorized as necessary are stored on your browser as they are essential for the working of basic functionalities of the website. We also use third-party cookies that help us analyze and understand how you use this website. These cookies will be stored in your browser only with your consent. You also have the option to opt-out of these cookies. But opting out of some of these cookies may affect your browsing experience.
Necessary Always Enabled
Necessary cookies are absolutely essential for the website to function properly. This category only includes cookies that ensures basic functionalities and security features of the website. These cookies do not store any personal information.
Non-necessary
Any cookies that may not be particularly necessary for the website to function and is used specifically to collect user personal data via analytics, ads, other embedded contents are termed as non-necessary cookies. It is mandatory to procure user consent prior to running these cookies on your website.
SAVE & ACCEPT
Our commitment to keeping you safe

Please read our Covid-19 Health & Safety Policy to find out how James Anderson Estate Agents are continuing to provide our services during the pandemic.